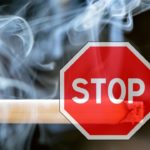 Smoking Mortality Tobacco use kills nearly six million people worldwide each year. Nearly half of all smokers who do not quit will die because of smoking. And they will die an average of 8-14 years earlier than someone like them who does not smoke. Smoking in public places was prohibited nationwide from 2 October 2008. There are approximately 120 million         Read More … 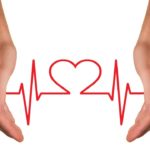 Some simple-to-follow tips based on simple facts that can add up to make a big difference in your life. Sugar One spoonful (5mg) contains 20 calories. Check your daily intake of tea/coffee – added sugar is the biggest contributor to calories and weight. Keep diabetes at bay! A gm of sugar gives 4 cals. 3 tsp everyday, for an year         Read More …
Emphysema Prevention – Stop smoking and avoid exposure to chemical fumes and dust.  , Wear a mask to protect your lungs..
Emphysema Treatment Using Home Remedies, Yoga, And Diet – Foods to be taken: Healthy diet consisting of carbohydrates, proteins, fats, minerals, vitamins, fibre and water.
, Low-sodium chicken soup is particularly beneficial for those suffering with emphysema. Because chicken contains cysteine, it helps to clear your body of excess mucus. Additional food sources of cysteine include wheat germ, red peppers, garlic, onions, broccoli and Brussels sprouts.
, Olive oil aids in the removal of waste and mucus from the gallbladder and large intestine.
,
Emphysema Symptoms – Breathlessness, Sputum produced with chronic bronchitis, Coughing, Cyanosis. Emphysema Causes – Smoking, Air pollution.
Emphysema is a long-term, progressive disease of the lungs and occurs when the alveolar walls are destroyed along with the capillary blood vessels that run within them..
COPD Symptoms – A long-lasting (chronic) cough, Mucus (white, yellow or greenish) that comes up when you cough, Shortness of breath that gets worse when you exercise, Wheezing . COPD Causes – Tobacco smoking, Indoor air pollution (such as biomass fuel used for cooking and heating), Outdoor air pollution.
COPD Treatment Using Home Remedies, Yoga, And Diet – Foods to be taken: Low-fat protein foods such as lean cuts of meat, poultry, and fish, Whole grain foods such as whole grain bread, bran, brown rice, and oats. These foods are high in fiber, which helps improve the function of the digestive system. Fresh fruits and vegetables. They contain essential vitamins, minerals, and fiber, which will help to keep your body healthy.
COPD Prevention – The best way to prevent COPD is to stop smoking and avoid exposure to chemical fumes and dust..
Chronic Obstructive Pulmonary Disease (COPD) is not one single disease but a term used to describe chronic lung diseases named chronic bronchitis and emphysema that cause limitations in lung airflow..