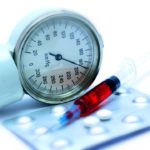 Hypertension is a common condition that has little to no symptoms, which means that many people that have high blood pressure don’t even know that they have it. Having high blood pressure is also a strong indicator of increased risk for heart disease, heart attacks, and strokes. That’s why it’s important to have your blood pressure checked at least annually         Read More …
Emphysema Prevention – Stop smoking and avoid exposure to chemical fumes and dust.  , Wear a mask to protect your lungs..
Emphysema Treatment Using Home Remedies, Yoga, And Diet – Foods to be taken: Healthy diet consisting of carbohydrates, proteins, fats, minerals, vitamins, fibre and water.
, Low-sodium chicken soup is particularly beneficial for those suffering with emphysema. Because chicken contains cysteine, it helps to clear your body of excess mucus. Additional food sources of cysteine include wheat germ, red peppers, garlic, onions, broccoli and Brussels sprouts.
, Olive oil aids in the removal of waste and mucus from the gallbladder and large intestine.
,
Emphysema Symptoms – Breathlessness, Sputum produced with chronic bronchitis, Coughing, Cyanosis. Emphysema Causes – Smoking, Air pollution.
Emphysema is a long-term, progressive disease of the lungs and occurs when the alveolar walls are destroyed along with the capillary blood vessels that run within them..
Pulmonary Embolism – Prevention – Exercise regularly and maintain proper weight , Drink plenty of fluids, Exercise while you sit, Do not smoke.
Pulmonary embolism is the sudden blockage of a major blood vessel (pulmonary artery) which is the blood vessel that carries blood from the heart to the lungs usually by a blood clot..
Pulmonary Embolism – Symptoms – Sudden shortness of breath , Unexplained sharp pain in your chest, arm, shoulder, neck or jaw. , Irregular heartbeat (pulse) , Cough, Wheezing. Pulmonary Embolism – Causes – Any condition that makes your blood sticky or slows down circulation in the veins of your legs may lead to pulmonary embolism..
Pulmonary Embolism – Treatment Using Home Remedies, Yoga, And Diet – A variety foods such as lean proteins like chicken, fatty fish, whole grains such as oats, fruits such as apples and a variety of vegetables to ensure proper nutrition.
, Cranberry products such as juice can increase the potency of warfarin (a drug commonly prescribed to treat pulmonary embolism), which can lead to bleeding problems. If you have a pulmonary embolism and are prescribed warfarin you should avoid eating cranberries and drinking cranberry juice.
, Alcohol and liquorice also decrease the effectiveness of warfarin.
,
Chronic Obstructive Pulmonary Disease (COPD) is not one single disease but a term used to describe chronic lung diseases named chronic bronchitis and emphysema that cause limitations in lung airflow..