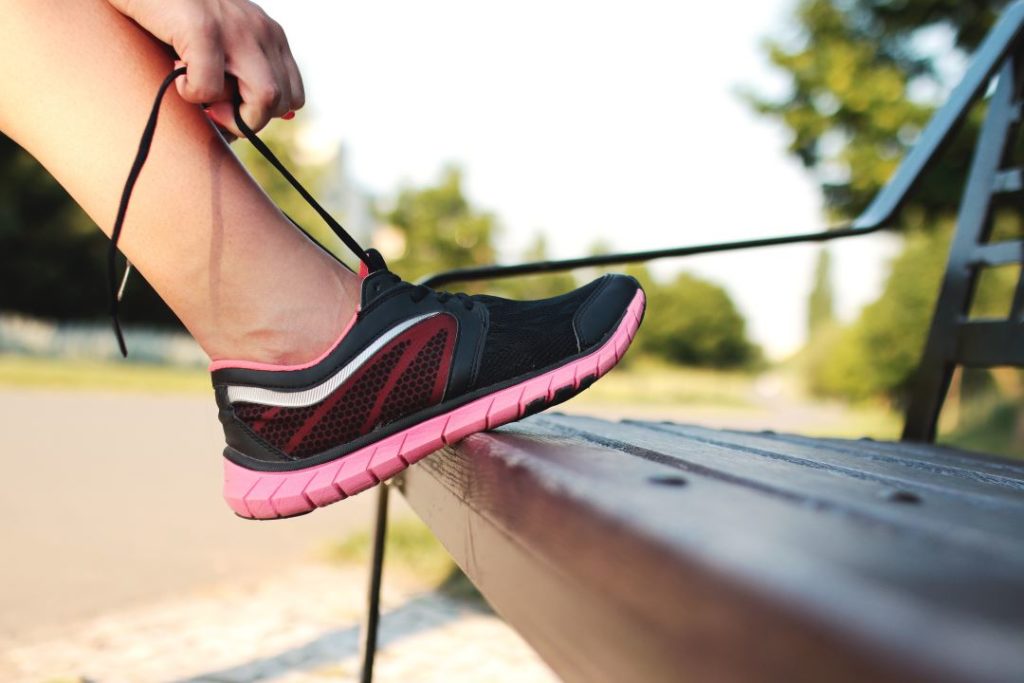 Exercising regularly has tonnes of benefits, no doubt you have heard. If you do not exercise at all, then first you should read about dangers of being a couch-potato.
But how do you handle yourself when you understand the benefits but other things get in the way!

Being in the Zone

My body is such that I feel less hungry when I jog – and it is therefore a positive reinforcement. Lazing has just the opposite effect. Keeping a regular record of your activity is a big morale-booster. I use Sports Tracker app to boast (and more importantly, feel good) about my personal achievements. Looking at your training-diary, when it reads “3 days ago” at the top, you get an urge to not let go!

A diary keeps you going!

As noted earlier, last year I had reached a point where I could not run despite wanting to because the excess weight stressed my ankles and knees. Besides, I would twist my ankle once in a while – stepping over a stone or fruit under the foliage! I don’t enjoy running on tarred road; running a trail or in a playground has these perils..

Sprains are bad. Repeated sprains at a site leave it vulnerable to arthritis attacks later. It is important to minimize damage – so stop running immediately if there is a sudden pain – and don’t walk home; call for help or take a cab!

Every time I twisted my ankle, I would be completely out of action for 2-3 weeks, depending on severity. After severe rest, hot & cold soaks, diclofenac and crepe-bandage, I would start limping around the house in a day. But I would be sad that my running had stopped.

Twisted Ankle; How Do I run?

I used to think of “walking” as a boring form of exercise, meant for older age only. So it used to be like “all or nothing” for me – I was either running well for weeks at a time or not at all, when nursing a sprain. The revelation came when I got tired of indoors and went for an easy walk. Walking at 5 km/h did not hurt my foot, and an hour of it burned almost 300 calories. Walking twice a day, morning & evening, for about an hour, burnt more than a single 30-min run!

Do you get headaches from excessive workout?

Consistently (read, almost daily) exercising is better than burst of peak activity. And walking helps that idea. I used to get migraine headaches because of excess running followed by push-ups, chin-ups etc. I no longer get those headaches. I can do 30-35 push ups after a 5.5km run and 50 crunches – and the head does not hurt anymore! I guess the blood-vessels up there have now got used to the workout intensity..

Exercise Often, When I Can

After the epiphany on walking, I went crazy! I would run in the morning and walk in the evening. I was burning 700+ cals – equivalent to one whole meal! But of course, I could not find that kind of time every single day. Weekends became special – no more my “rest” days; I would, instead, rest in the middle of the week when work would steal away the free-time.

I actually went beyond that. I was working late many nights and will wake up in the morning to hot sun. Instead of chickening out, I took to doing surya-namaskar indoors, followed by abs workout. In other words, I was hooked, and will not let go a chance to work out.
Raining? I discovered that a patch of forest nearby would soak rainwater faster than the school-playground – and I would switch between the two venues to keep running regularly, even if it rained too much.

Of course, one should listen to the body and not over do it. At the same time, I have had the best workouts when I went running when feeling tired, when I would have definitely dozed off if I had hit the bed. Instead, it became 2X pleasure & achievement!

In my next blog, I cover eating habits to complement the exercise-regime.

One thought on “My Fight Against Flab – II Exercising Often”