Meningitis is an inflammation of the membranes (meninges) surrounding your brain and spinal cord, due to the infection in the cerebro spinal fluid (CSF, fluid in the brain). 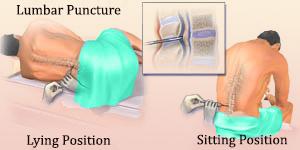 Q1.  What is meningitis?
Meningitis is inflammation of the protective layers that surround the brain and spinal cord. These layers are called the meninges.
Q2. What are the symptoms of meninigitis in babies?
In babies, you should look out for at least one of the following symptoms:
In older children, you should look out for:
Q3.  What should you do if someone has signs and symptoms?
If you have identified signs and symptoms, and the patient s general health is deteriorating, you need to act quickly. Seek medical help immediately, describe the symptoms as accurately as possible and mention that you think it could be meningitis. It is best, whenever possible, to call a doctor. They carry antibiotics that need to be given immediately. The antibiotics will start to destroy the bacteria even before the patient gets to hospital.
Q4. Are there any vaccines available?
There are no vaccines to offer protection against all forms of meningitis and meningococcal disease. However, there are four vaccinations offered as part of the childhood immunisation programme:
Q5. If I get meningitis once, can I get it again?
It is very unusual for anyone to have meningitis more than once, but it is possible. Most people develop immunity to the organism that has caused their disease. However, there are several different causes of meningitis and therefore it is possible, but rare, to have the disease more than once.
Q6. What are the after-effects?
The majority of people will make a full recovery, but some people may be left with after- effects from both bacterial and viral meningitis. The most common after-effect of meningitis is deafness and others include:
The toxins that are released during septicaemia cause damage to blood vessels. This can prevent the vital flow of blood and oxygen to major organs such as the kidneys, liver and the skin. Those who have suffered septicaemia may need skin grafts and sometimes amputations.