What is Vitiligo (Leukoderma)? 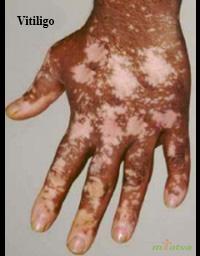 Recovery from symptoms may take between 6 to 18 months but the white patches remain for life long. 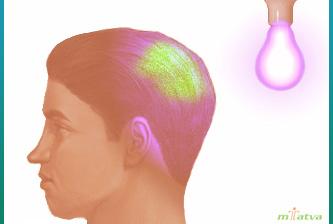 Q2.  With which all diseases leukoderma appears similar?
There are certain disorders with which leukoderma may mimic similar
In tuberous sclerosis, the earliest cutaneous sign is an ash leaf spot. These lesions are often present at birth and are usually multiple.
Nevus depigmentosus is a stable, well-circumscribed hypomelanosis that is present at birth.
In leprosy, there are a few asymmetric patches of hypomelanosis that have associated anesthesia, anhidrosis, and alopecia.
Indeed there are other systemic illness also which needs to be ruled out to confirm as leukoderma.
Patients with vitiligo also have an increased incidence of several autoimmune disorders and diseases of the thyroid gland are the most frequently associated disorders, occurring in up to 30% of patients with vitiligo.

Q3.  Will the Depigmented Patches Spread?
Focal pattern vitiligo and segmental vitiligo remain localized to one part of the body and do not spread.
There is no way to predict if generalized vitiligo will spread. For some people, the depigmented patches do not spread. The disorder is usually progressive, however, and over time the white patches will spread to other areas of the body. For some people, vitiligo spreads slowly, over many years. For other people, spreading occurs rapidly. Some people have reported additional depigmentation following periods of physical or emotional stress.