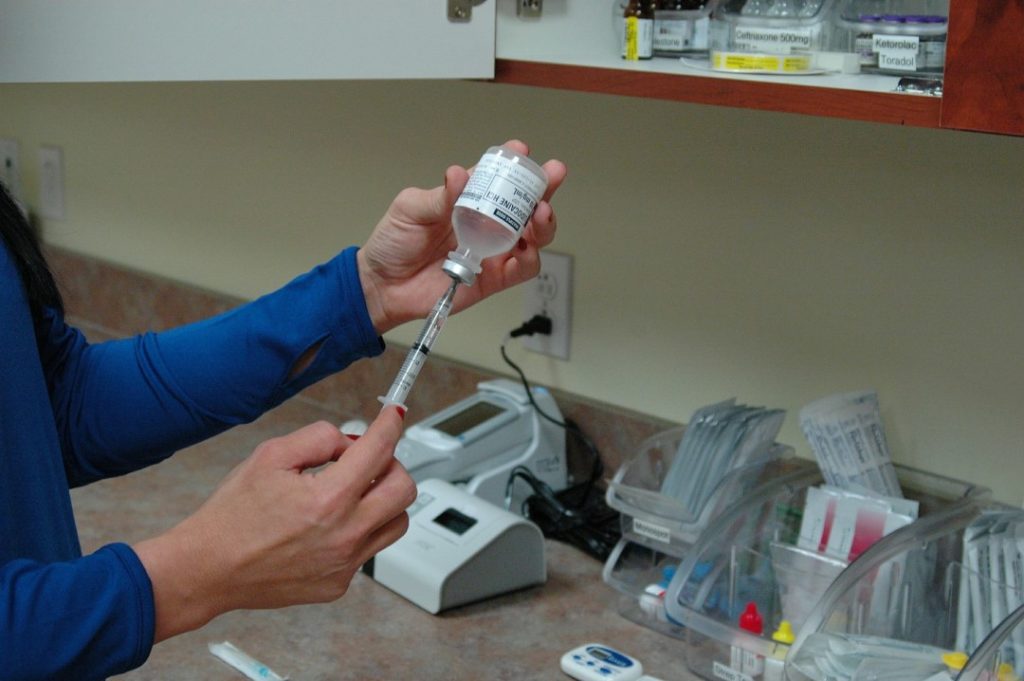 What is Chickenpox Vaccine?

Chickenpox vaccine, also known as varicella vaccine, is a vaccine that protects against chickenpox. The active ingredient in Chickenpox vaccine is a live but weakened varicella-zoster virus. This specially weakened virus is called the Oka strain. Chickenpox is caused by the varicella zoster virus (VZV). Its most common symptom is an itchy rash all over the body. It also causes fever and drowsiness. It is contagious and transmitted from person to person through the air, by coughing, sneezing or breathing, and can also be spread by contact with fluid from the blisters. It is given by injection just under the skin.

After 15months of age

The long-term duration of protection from varicella vaccine is unknown, but there are now persons vaccinated twenty years ago with no evidence of waning immunity, while others have become vulnerable in as few as six years. Assessments of duration of immunity are complicated in an environment where natural disease is still common, which typically leads to an overestimation of effectiveness.

Mild Problems Moderate Problems Severe Problems Other serious problems, including severe brain reactions and low blood count, have been reported after chickenpox vaccination. These happen so rarely experts cannot tell whether they are caused by the vaccine or not. If they are, it is extremely rare.