What is Viral Fever?

Viral fever is any fever caused by one of the many viral infections or the infections caused by virus. It may affect any age group. 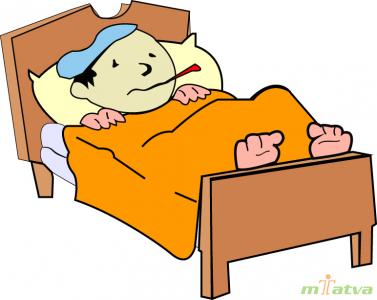 It usually lasts for 3 to 7 days and may extend up to weeks.

1.   Why am I suffering from viral fever?
Several micro-organisms, such as bacteria, viruses, fungi and other types of germs enter the human body, almost every single day. The immune system usually fights off these micro-organisms, which keeps them from causing any major problems, within the body. However, there may be times when the immune system cannot fight all of them and eliminate them from the body. When a person immune system fails to fend off these harmful viruses, they usually cause an infection in the body, which subsequently leads to a viral fever. Hence the term viral fever can be used for several types of infections that have been caused by viruses. 2.   My baby is having fever, is it viral?
Children generally have a higher body temperature as compared to adults. However, in case a child s fever ever exceeds 101 degrees F (38.3 degrees C), it may be best to consult a doctor immediately. Some of the other viral fever symptoms in children and babies that may become evident are: If a viral fever affects a baby who is below 3 months of age, it could be a cause for concern. This is because a newborn baby s immune system is usually not strong enough to combat the virus. Severe cases of viral fever in babies could lead to lethargy and unresponsiveness in the baby too. Any such instance should be checked and treated by the doctor, without any delay. 3.   Is it contagious?
Viral fevers are highly contagious and should be strictly avoided, they are fairly harmless and do not lead to any major complications. However, in some instances, the symptoms of a viral fever could worsen rapidly and could lead to other dangerous health conditions, some of which could also be a threat or the life of the individual.