What is Otitis Externa?

It is an inflammation of external ear and ear canal. It is also known as swimmers ear and external otitis. Along with otitis media it is called earache. Excessive moisture in the ear is the main reason of the infection. It occurs mainly in the swimmers hence the name but it also occur in the people who do not swim. It may be chronic, acute or localized. 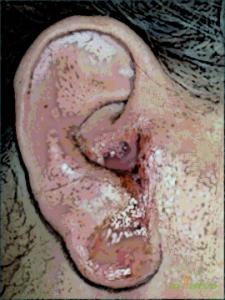 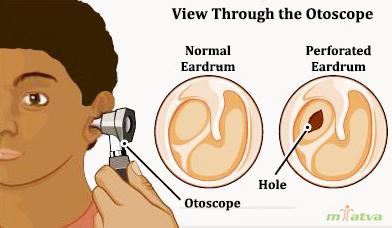 Q1.  What is Otitis Externa?
Otitis Externa is the inflammation of the external ear and the external auditory meatus caused due to fungi or bacteria. It commonly occurs in swimmers, so is also called Swimmers Ear.

You get OE if there is infection of the ear with bacteria or fungi. Presence of wax in the ear Uncontrolled DM and unhygienic conditions increase the risk of OE.

Q3.  What is the treatment for Otitis Externa?
Otitis Externa is treated with antimicrobial drops / ointments depending on the condition.

Q4.  How long does it take to cure? And Is there any chance of recurrence?

Q5.  How do I prevent Otitis Externa?

You can prevent Otitis Externa by cleaning the ear regularly and maintaining proper hygiene.

Q6.  What are the complications of Otitis Externa?

Otitis Externa resolves without any complications with treatment.  Without treatment it goes to a chronic state spreading to adjacent parts of the body.